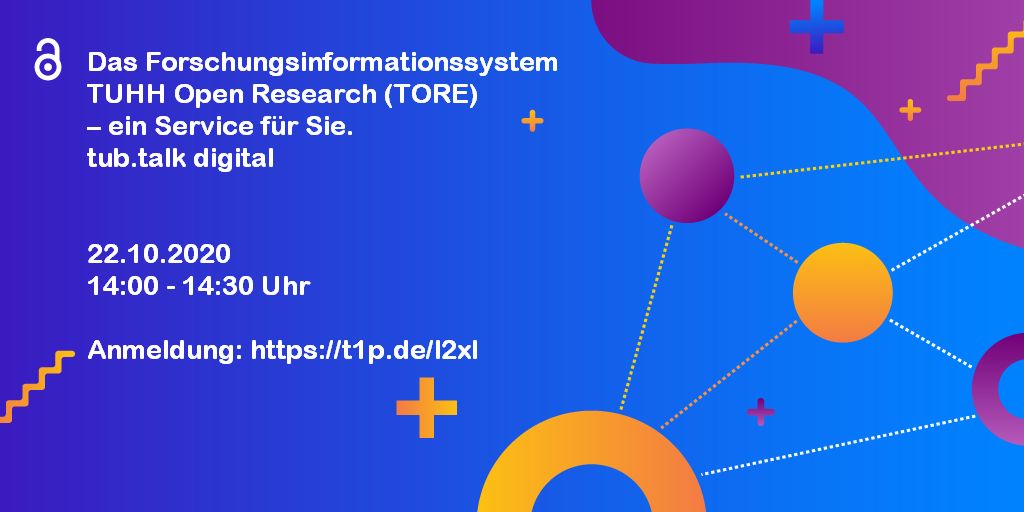 TUHH Open Research (TORE) is a combined repository and research information system that provides a service for the scientists of the TUHH.

In TORE with its repository function, full texts of publications can be stored. They receive a DOI and thus become citable. Preprints and doctoral theses are entered as first publications, publications with accepted manuscripts and Open Access with the publisher PDF can also be entered in TORE. In TORE you can also publish your research data with a DOI.

As the research information system of the TUHH, TORE has been mapping the institutes and researchers, publications, third-party funded projects and collaborations of the institutes since 2019. Project data is transferred from the Third-Party Funding Department into TORE and can be edited and activated by project leaders and FIS representatives of the institutes. The library, as the operator of TORE, enters recent TUHH publications for the scientists, which are provided by Scopus. Missing publications can be entered by yourself: e.g. scientific articles, conference contributions, book contributions and books, doctoral theses as well as posters.