Via a blog post and other communication channels, the tub. in cooperation with the Computing Center invited participation in a survey on the topic of reference management. The feedback will help to ensure that the service offering for reference management continues to provide TU members with the best possible support in the future, in line with existing requirements and needs. The results are now available.

END_OF_DOCUMENT_TOKEN_TO_BE_REPLACED

Zotero is an open source application for collecting, managing and citing literature. The software is available for free and can be used on Windows, macOS and Linux operating systems. Zotero 6 was released on March 17.

END_OF_DOCUMENT_TOKEN_TO_BE_REPLACED 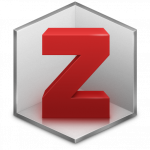 Many of you probably know Zotero as a reference management tool. Yesterday version 5.0 was released. Most remarkably this will be the beginning of the end of Zotero as Firefox Add-on. During the next month users of the Firefox Add-on will be requested to migrate to the desktop version. But no need to worry. Zotero Connector will ensure easy browser integration for Firefox as well as for Chrome, Safari and Opera.

What else will come aboard? “My Publications”: Easily build a list of works — articles, papers, books, etc. — that you’ve created and share them on your profile page on zotero.org. News feeds can be managed within Zotero. More can be found in the change log.

Citavi is now available in version 5.5. In addition to small improvements and bug fixes, there is now also a new function to group the bibliography of a work according to your own aspects: Changes
Citavi 5.5 is already available for institutes via the software distribution service of the TU. In the Windows-Pools it stays until the winter semester with the version 5.4.

Citavi is still available only for Windows. This is to change this year, when the version 6 will add a web component.
And if you leave the TU Hamburg, but would like to use Citavi further: Citavi can be used freely if your project contains less than 101 titles. For larger projects, you can purchase a discounted license.

No EndNote Licences via Rechenzentrum

EndNote licenses for the desktop version can no longer be obtained from the Rechenzentrum.
The Online-Version EndNote Basic is still available to everyone. EndNote, by the way, has changed hands with Web of Science and now belongs to Clarivate Analytics.

Mendeley has overhauled its platform Mendeley.com in January. Unfortunately upgrades for team plans are no longer available. There are no plans right now to subscribe to Mendeley Institutional Edition.

The OpenSource Zotero software is about to update to version 5.0. This ends the Zotero era as a Firefox plugin. There will be only Zotero standalone. The changelog of the beta version shows which changes are still planned. It will surely be exciting again, which of the popular plugins will work in 5.0. Zotero Standalone is also available to institutes via the software distribution service of the computer center.

As always we point to our page on reference management in the end :-)